TSP Part 2: Which TSP Funds Should I Invest In?

In my last post, I gave a rundown of what the Thrift Savings Plan (TSP) is, and the differences between the two types of TSP “buckets,” ROTH TSP and Traditional TSP. If you haven’t read it yet or are just getting started, start there. In this post, I’ll discuss the actual investments within TSP and which ones might be most suitable for each type of person.

There are two big reasons why TSP is such a good deal for military and government employees.

1) Save money on taxes. Any money invested in TSP is tax-deferred while held in the account, and tax-exempt if held in a ROTH TSP (again, for the difference, please see the previous post). In a normal (aka taxable) investment account, you would owe taxes on any dividends paid by any of the stocks you own, in additional to capital gains tax on any stock or mutual fund sold for a gain. If you use TSP, all taxes are deferred until you withdraw money during retirement. 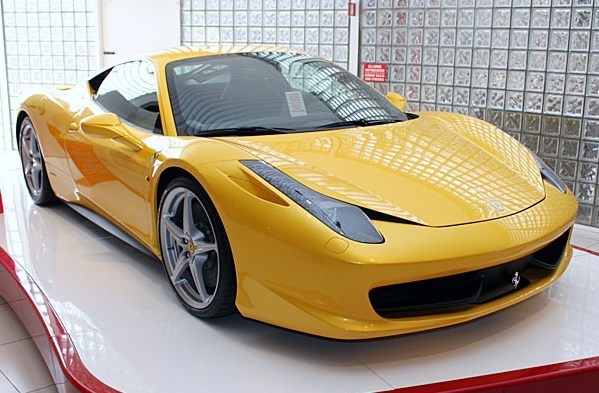 What are the investment options in TSP?

1) G Fund (Government Securities) – The TSP G-Fund is the least volatile of all the funds, holding 100% U.S. government bonds. An investment in this fund has never lost money in a given year, but returns are significantly lower than other TSP options. Investing in the G-Fund is a great way to eliminate downside risk, but being 100% invested in the G-Fund creates a risk of not meeting return objectives, especially over longer holding periods. The G-Fund has averaged a 5.43% return per year since 1987, but only 2.18% for the past 5 years as interest rates have been lower.

2) F-Fund (Fixed Income) – The F-Fund is slightly riskier than the G-Fund because it holds U.S. Treasury bonds, foreign government bonds, mortgage backed securities (MBS), and bonds of companies (corporate bonds). Over long periods of time, returns in the F-Fund should also be greater than the G-Fund, a result of holding slightly riskier and more diverse investments. The F-Fund has averaged a 6.66% return per year since 1987 and 4.73% for the past 5 years. However, the F-Fund did lose money in 2013, and if interest rates rise, investors in the F-Fund will be likelier to experience short-term losses.

3) C-Fund (S&P 500 Index Fund) – The C-Fund, or Common Stock Fund, tries to match the return of the S&P 500 index. The S&P 500 is an index that holds 500 of the largest stocks in the United States. Many of the companies we all know and love – Apple, Exxon, Microsoft, Wells Fargo, Proctor & Gamble, General Electric – are all in the S&P 500 index. The performance of the S&P 500 is much more volatile than either of the previous two funds, but has a significantly better track record of long-term returns. Since 1988, the C-Fund has averaged a 10.43% annual return and in the past 5 years, that return has been an enormous 15.5%. The C-Fund is only appropriate for investments with long holding periods, as it is very possible to lose money over short periods of time.

4) S-Fund (Small Cap Stock Index) – The S-Fund is much newer than any of the other funds and includes all other U.S. stocks except the stocks in the S&P 500 index, discussed above. Because the S&P 500 stocks are very large, this means the S-Fund owns a group of smaller companies, and many more of them. This fund tends to be even more volatile than the C-Fund, but historically smaller companies have outperformed larger ones over long holding periods. Since it began in 2001, the S-Fund has averaged a return of 9.19%, and in the past 5 years has returned 17.13% annually. Like the C-Fund, the S-Fund is only suitable for money that will be invested for a long period of time.

5) I-Fund (International Stock Fund) – The I-Fund also started in 2001, and tracks the MSCI EAFE Index, the most prominent non-US index. Even though the MSCI EAFE doesn’t represent every country equally, for the average investor who wants to diversify with international stocks, you could do far worse than the I-Fund, especially considering the insanely low fees. Since 2001, the average annual return for the I-Fund is 4.56%, and in the past 5 years it has averaged 5.49%. Like I said about the previous two funds, only invest money in the I-Fund that you intend to hold for a long period of time.

6) L-Funds (Lifecycle Funds) – The L-Funds are known as lifecycle or target-date funds, and were added as an option to TSP only 10 years ago. They are designed so that you can start investing your money today and it shifts into more appropriate asset classes as you age, without you having to lift a finger. To illustrate, let’s say you’re an E-4 and 22 years old, and start investing in TSP. You put $5,000 into the L 2050 fund (meaning you’re going to retire around 2050), and forget about it. For the next 15-20 years, the money will be invested mostly in a mix of the C, S, and I funds (stocks), and very little in bonds. Fast-forward to 2045, and you’re only 5 years away from retirement. Your $5,000 has become $40,000, but now only half of it is invested in stocks. Having the rest in the less volatile G and F funds helps to protect you from the possibility of losing a ton of money if the stock market were to crash. These funds are a fantastic option for people who just want to continue to invest and not have to worry about adjusting their allocations to various funds.

Since most reading this are in the military or closely associated with it, understand that your civilian counterparts would kill to have this kind of retirement investment deal. Another part of the beauty of TSP is that it’s deducted from your pay before you ever see it, so psychologically you don’t feel like you’re having to give up money. For most people, I think L-Funds are a fantastic option because 1) they’re so easy and require no effort after the money is invested, and 2) they automatically adjust to become more conservative as you get closer to retirement. But much more important than which fund you choose is for you to just get started investing. And there are few better places to do so than TSP.

I am not a financial advisor, so please consult a professional for specific investment advice.

Traditional TSP vs. ROTH TSP: What's the Difference and Which is Better?

You've probably heard of TSP, but given that only around 40% of service members actually use it, there's a decent chance you may not be taking advantage of this retirement investment opportunity, so here's a rundown. 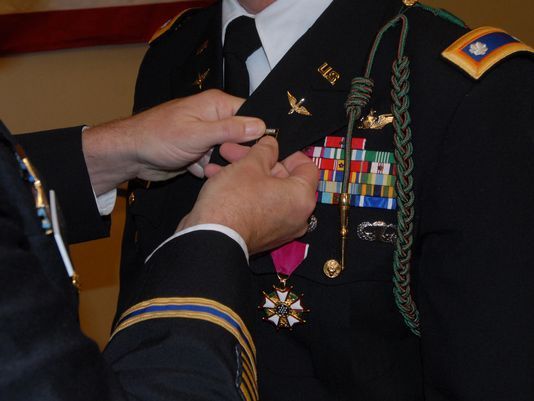 TSP stands for Thrift Savings Plan, and is similar to a 401k retirement program at a civilian company. The difference is that the government gives you a set of investment options to choose from, and because the government has so many employees, the fees you pay on those investments are significantly lower than what you'll have to pay elsewhere. While government civilians are eligible for a 5% "employer match" from the government, military service members are not eligible for any matching contributions. All TSP options require you to wait until age 59 1/2 to start withdrawing funds from your account.

Is TSP an investment?

No, TSP is just a retirement investment vehicle, or bucket holding your investments. You get to choose (from the available options) the investments that you will hold within your TSP account. TSP offers many options, from government bonds to small cap stocks, and everything in-between. I'll discuss some of the TSP investment options in a follow-up post to help you decide.

How much can I contribute?

What is the new ROTH TSP and why should I care?

The ROTH TSP was introduced in 2012, and offers another option for service members and government employees to allow their after-tax money to grow and be withdrawn in retirement without paying any taxes.

What is the difference between ROTH TSP and Traditional TSP?

Which is better, ROTH TSP or Traditional TSP?

To be clear, Traditional TSP can make sense for some people (especially those with higher income). And there is usually not an enormous difference between the two options when all is said and done. But for the reasons mentioned above, I prefer the ROTH TSP, especially for junior enlisted and those who have relatively low income.

Regardless of which option you choose, TSP is a fantastic program at much lower cost than "traditional" investing, and provides an easy way to automatically invest money for retirement without having to consciously think about it. So if you are part of the 60% who has not set up a TSP account, even if you start with $100/month contribution, it's a great way to start saving for retirement.

I'm not a financial professional, so if you have specific investment-related questions please seek advice from a financial advisor. For more information on both types of TSPs, visit the [TSP website] (https://www.tsp.gov/planparticipation/planParticipation.shtml "Thrift Savings Plan TSP Plan Participation").

3 of my favorite things to do on NAS Pensacola

This is a quick list for now. I'll be adding to it soon with a few more off base ideas.

How many times have you been getting ready for a PCS and weeks before you leave the area you discover a great restaurant, an amazing beach, or a service on base that you wish you had known about from the beginning? During our careers it happened each time we moved. Over the coming months we're going to be highlighting different bases and sharing our favorite things to do in the surrounding areas. The lists will be imperfect and far from comprehensive, but we want to get the discussion going. If you have more to add to the list or if you'd like to write a blog post for a base in your area please send us an email and we'll be happy to share your story (and you'll probably get a Base Directory t-shirt out of the deal).

The new site went live today! Billy had a long day of monitoring the change over and putting out fires as they flared up. There are still a few places where the new site is not showing up but the changes should fully propagate in the next 24 hours. If you have trouble accessing the site early this week please send us an email. We'd love your feedback on the new changes.

We need your help.

When we started BaseDirectory, first as an app and then as a website, we knew that we had trouble finding the numbers we were looking for on base. After talking with friends and colleagues in the military we realized that the problem was much bigger than we initially imagined. After several years of work we're proud of the resource we've built, but we know that it's often the insights shared by our users that provide the most helpful information.

With that in mind, we invite you to respectfully share your opinions, ratings, and questions with the BaseDirectory.com community. Feel free to email our staff if you have trouble finding information or if you notice a missing establishment that should be added. We look forward to reading your reviews and responding to your emails.

We're excited to announce the release of BaseDirectory 2.0 on November 1st, 2014! For the past year our CTO and COO Billy Griffin has been rebuilding Basedirectory.com, incorporating the lessons from our first year and the feedback from our users to improve the information and the quality of the user experience. Please take a moment to let us know what you think of the site and what other types of information you'd like to have added. We're excited you found us and hope you will share the resource with your friends and come back to use the site often.

Close
Was your call successful?
Close